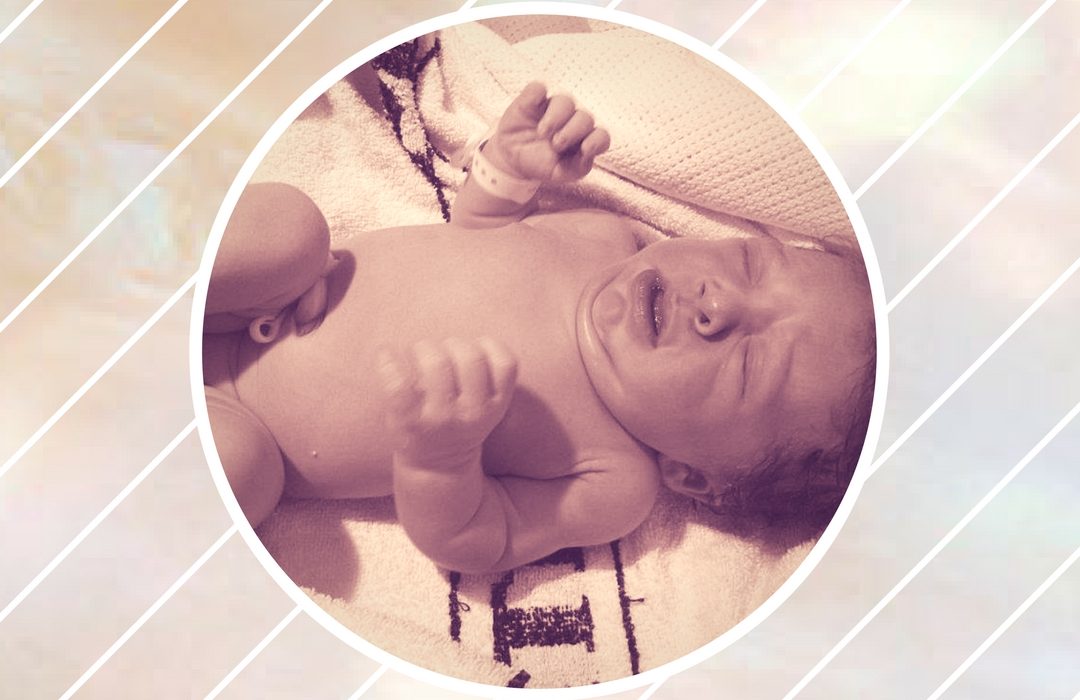 April is c-section awareness month – so let’s talk about it.

I’m one of those mamas whose baby was born via emergency caesarean. It wasn’t something I had planned for. I missed out on the first cry, I never saw the cord, I never saw how my baby looked straight after delivery. This photo was taken by a midwife who kindly offered to take our camera into the operating theatre and take some photos.

Many babies are born via c-sections across the world. Sometimes the procedure is necessary and life-saving – still, a lot of mothers feel bad if they give birth this way, and there is a lot of myths surrounding the procedure. Let’s debunk three of the most common ones:

You can totally have skin to skin contact with your newborn. If you’re having the surgery under spinal injection you will be awake the whole time, and they can place the baby on your chest once he’s born. Tell the medical team in advance that you would like this to happen and they will do their best to accommodate your wish.

If you have the surgery under general anaesthetics (like I had to) you’ll be knocked out and asleep for hours. I was in the operating theatre for about five hours before I saw my baby. They handed him to his daddy a few minutes after he was born; and the two enjoyed precious hours of cuddling and bonding until I was well enough to join them. As soon as the nurse pushed me out of the theatre my baby was placed on my chest for skin to skin and started breastfeeding. We stayed like that for hours, skin to skin, him peacefully sleeping on my chest. It’s one of my best memories with him to this day.

Myth no. 2: you can’t breastfeed

Surprisingly, I hear this quite often. Some people argue that if there’s a delay and you can’t have your baby on your chest straightaway, you can’t establish successful breastfeeding. But that’s not true. Like I said above, I didn’t see my baby for about five hours; but as soon as I did he latched on and started feeding. And I breastfed him for a whole 3.5 years. Yes, years.

So all I can say is, c-section or not, you can totally breastfeed if you want to! It’s not easy to begin with, I found it very difficult actually in the first weeks – but that had nothing to do with the birth. It’s just that breastfeeding is painful at the beginning.

Myth no. 3: c-section is the easy way out

To anybody who believes this, I would like to tell my birth story. I planned for an all-natural birth and contemplated a home birth; but the baby just didn’t want to make an appearance. Two weeks overdue I had to be induced; and it was only during labour that a midwife realised the baby was in a breech position. My belly was absolutely massive; I’m 5’2 (160 cm) and the baby was 8lbs (4kg). There was no chance to try a natural delivery.

A bit of a commotion followed, a doctor was fetched, an ultrasound, papers to sign… I didn’t even know what I was signing, I saw the dotted line and scribbled my signature. I remember the midwife saying “you’re very lucky, it’s a day for scheduled C-sections, we have the best doctor on duty”. Nevertheless, I was terrified. It never crossed my mind that I would need to be cut open to deliver my baby.

A nurse was trying to administer the spinal injection for about 20 minutes. She didn’t succeed. I did tell my regular midwife months before that I had scoliosis, and spinal injections, in case they were needed, might not work on me. She dismissed this, saying my back seemed to look fine enough. Those 20 minutes of trying but failing to administer the spinal were witnessed by my partner, who was dressed up for attending the surgery; and to this day he recalls that as the most horrific part of it all.

Someone said I had to be put to sleep. Was I allergic? I had no idea; I had never been put to sleep before. More papers to sign, just in case I die or something. My partner was sent out of the room. There was no time for lengthy goodbyes. We just looked into each other’s eyes and neither of us said what we were thinking.

By then I was shaking so badly I could hardly lie down on the table. I just wanted that mask to be put on me so we could get on with it. Hoping for the best.

I am very lucky to be able to say the story has a happy ending. Yes, it was traumatic; yes, there were complications after; but both the baby and I made it alive and healthy. And that’s all that matters.

However you give birth, you’re awesome: you give life to a new human being. Having a c-section doesn’t mean that your body failed you. I know some women can feel this way but I personally never for a second felt bad about it. I just felt eternally grateful that all was fine in the end.